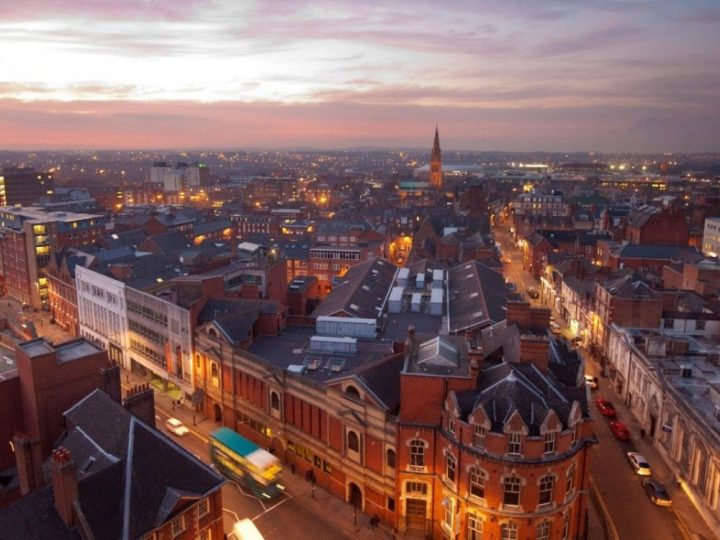 With a population of more than 300,000, Leicester is the largest city in the East Midlands and the tenth largest in England. Leicester has developed into a major commercial and manufacturing centre, known better for the diversity of its trade than for its dependence on a single industry. This diversity continues today, and continues to enrich city life.

1. Outside of India, Leicester holds the world’s biggest Diwali celebration – the Hindu Festival of Lights.

2. Before the Battle of Bosworth in 1485, King Richard III stayed in the Blue Boar Inn in Leicester. After he was killed in the battle, he was brought back to the city. Over the years, his burial place was lost. Then, in 2012, his remains were found buried, rather un-glamorously, beneath (what is now our Community House) car park in Leicester.

4. Leicester Market is the biggest outdoor, covered market in the whole of Europe!

5. Over 70 languages are spoken in Leicester, with 16% of residents speaking Gujarati, making it the second most common language here after English.

The Community of the Tree of Life is a project within the Church of England Diocese of Leicester. We are a family of more than 18,000 Christians who worship in church buildings, houses and schools, as well as community and outdoor spaces. We are proud to be a rural diocese with urban heartlands.

A CITY OF FIRSTS

In 1969, the first purpose built Hindu temple in Europe, was built in Leicester.

The Jain Centre in Leicester is the first consecrated Jain Temple in the western world.

Leicester is home to the oldest secular society in the world and has the first ever Secular Hall, founded in 1851.

William Carey, the ‘father of modern missions’ was based in Leicester. His essay, An Enquiry into the Obligations of Christians to Use Means for the Conversion of the Heathens, led to the founding of the Baptist Missionary Society.

We believe Leicester is called to be a place of beginnings…